Anxiety, depression, self doubt, panic attacks….all words that, before late summer or early fall of 2016, I probably would have rolled my eyes at to be honest.  Not that I didn’t believe people could go through these things, I guess I just thought I was immune to them or maybe too strong for something as ‘simple’ as that to get me down.

Well….I was wrong, and wrong in a big way. We had just returned from a beach vacation, so I should have been relaxed, but instead I kept not feeling well.  My symptoms started out like this….I would be sitting at my desk at work and would feel dizzy.  I actually described it as somewhere between dizzy and passing out.  I told Dan if it kept happening I was going to have to go to a doctor.

So…go to a doctor I did.  In the middle of the night, to the ER.  I had gone to bed with a headache.  I was having terrible ones at this point (worse than usual as headaches had been a part of my life for awhile).  I woke up, head still hurting, heart racing, sick at my stomach, in a cold sweat.  If I remember correctly, the ER diagnosis was heart palpitations.  The reality of it was, it was a panic attack.  The first of many to come.  I just didn’t know it yet.

I had no family doctor because, well…I wasn’t sick a lot.  A sinus infection here or there, but that was about it.  So I had to start making phone calls, find out who was accepting new patients, etc.  A few weeks and several panic attacks later, I was finally in.

Before I talk about how things went at the doctor, let’s talk about what a panic attack looked like for me.  If I’m going to write this, I might as well share the whole ugly truth.  It was rough.  I would get one of those dizzy feelings and that would start the panic attack.  I would pace the floor (sometimes for hours), I would have trouble swallowing.  I couldn’t be still, I played with my hair, or was just fidgety in general.  I had to have people go with me, and/or drive me places. I missed work, or if I was at work, I would spend a good portion of the day fighting off whatever symptom I might be having that particular day.  Thankfully, I had been employed at the same place for quite some time, so they knew this was totally out of character for me.  My poor family couldn’t do anything for me.  Trust me…they offered, they asked, they tried to distract me when I was in the throes of a panic attack.

I went through lots of blood work, took a heart scan, wore a heart monitor, made another trip to the ER.  I kept telling my new doctor I was not an anxious person, there was nothing in my life to be anxious about, on & on.  He believed me…or at least I thought he did.  But when test after test kept coming back A-okay, there wasn’t a whole lot left that could be wrong with me.

Talk about frustrated…I KNEW something wasn’t right, and it wasn’t anxiety.  I didn’t want to see a counselor, I didn’t need to work anything out.  I was tough and could get through anything.  Come to find out, maybe I had been too tough for too long.

I tend to take on a lot of responsibility (especially at work).  I’m usually the one to call when there’s something that needs done…like rushing a parent or grandparent to the hospital, or picking up a niece when the other niece is in the hospital.  Yep, all of the above happened during the time I was having all these issues.  Every week, I would go in to the counselor having endured a new crisis, none of which would’ve been enough to get me down under normal circumstances.  But man, it was like I couldn’t catch a break, and these were definitely not normal circumstances.  At some point, I know I told the counselor I was exhausted.  I was on constant alert, trying to stop the next panic attack before it could start.

So what did I learn through all this?  Several things.  It’s ok not to always be the responsible one.  It’s ok to accept help.  It’s ok to take days for yourself.  But most importantly, I learned I was not alone.  So, so many people let me know they had been through something similar.  And that’s my sole purpose for sharing my story…to let you know you’re not alone.  I know it may feel that way, I know you think absolutely no one understands, I know it feels like it’s never going to get better.  It will though, and trust me there is someone out there who understands.

There were two songs I listened to on repeat during this time, “Chain Breaker” by Zach Williams and “Eye of the Storm” by Ryan Stevenson.  Sometimes it’s hard to see the light at the end of the tunnel, but these songs were two more reminders that I wasn’t fighting this battle alone. 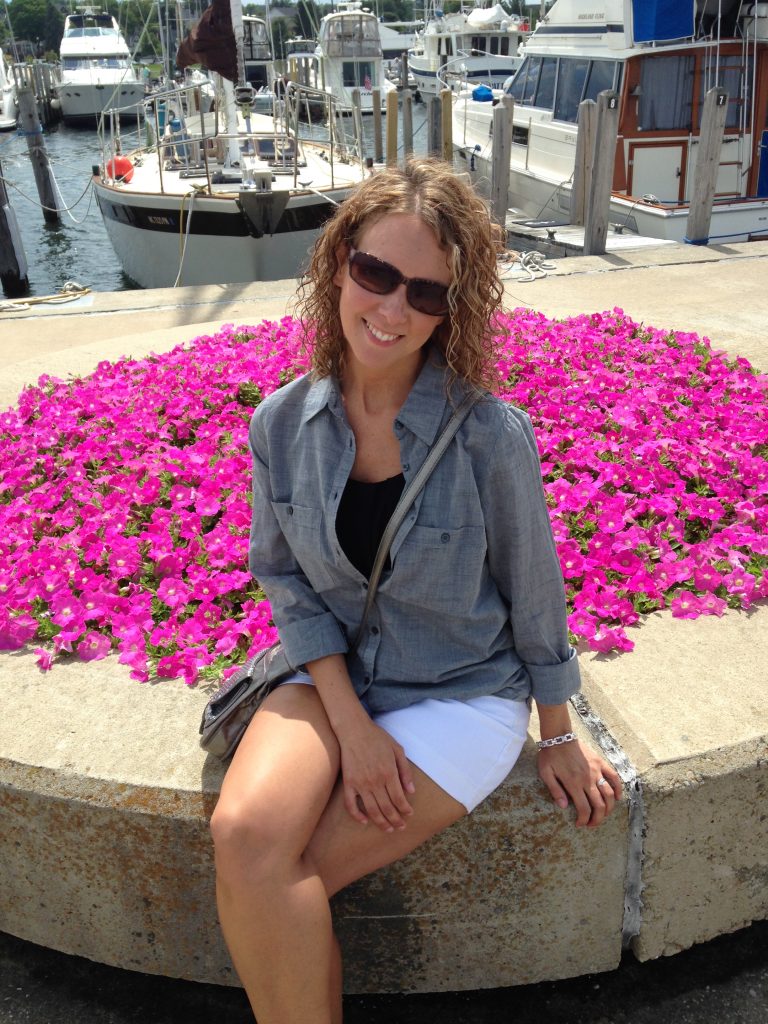